Today, an interesting development came to light. Mashable is reporting that Google has secured a broad patent for location-based advertising. (See Article Here)

One thing I noticed within the abstract for the patent kind of peaked my interest and I started thinking of how this could be leveraged in the car business.

Here’s the specific line that caught my eye.

“The content of an ad creative, and/or of a landing page may be selected and/or modified using location information.”

We all know that there are vendors in the automotive industry selling mobile marketing. As mobile phones get more sophisticated and more consumers start using them to browse the web, mobile websites and SMS marketing will become more important.

Imagine the possibilities of being able to designate which ad, or landing page a person sees based on where they actually are!

Say you sell Hondas. Would you serve up a different ad to the person at a Toyota dealership then you would to the person standing on your competitor’s lot?

The possibilities are mind-boggling.

(…and it sure could throw a few kinks into some iPhone apps seeing as Google now holds the patent.)

(Bear with me, I’ll get to the subtitle)

Recently, I’ve been researching ways in which a company can leverage social media in their marketing campaigns and why they should. The “front-runners” in our business understand how powerful social media is and how it’s going to change how we market ourselves. I’m a firm advocate in this power and recent events should reinforce this to people (as an old teacher used to say) with their eyes open and their listening ears on. Both Google and Bing have incorporated real-time search results of Twitter and Facebook into their search results. This, in and of itself, should show you the VALUE that these search results are to people. Neither search engine wants to be left-out as Facebook and Twitter increase the size (and attention span) of its user base.

So, if you believe this prediction, you will see that inevitably, you will be spending more money on social media.

There are plenty of naysayers that aren’t “on-board” with the social media revolution despite all the signs. That’s OK. They will be forced to come around or be left on the side of the road.

It’s hard to believe that anyone can deny that social media marketing is the future. I’m going to call it SMM. (I don’t know if this is a unique acronym or not, but if so, I call dibs!) We’ve all been preaching it. In fact, it seemed most of NADA 2010 was emphasizing social media (from speakers to vendors) and its power so I know I’m not alone in my thoughts.

There have been, however, differences in opinion on HOW to be effective in SMM. There are the people who believe that you should use your SMM to leverage your SEO by throwing as much out there as possible and then there are the more crafty marketers that seek engagement from their target audience. (Can you tell in which camp I am in?)

I’ll briefly address the first group. If you use SMM solely to increase your SEO, you will do one thing. Annoy your customers. MOST dealerships understand that e-mailing your customers everyday turns your e-mail into spam – whether its by their e-mail client or by themselves designating your e-mails as such) and have cut back on the frequency of their e-mail marketing. With this new marketing delivery method, you can also become “spam”. Go ahead and post 20 times per day to your Facebook page’s wall and watch your “fans” diminish. Even if they DON’T (which they will), all it takes is two clicks of a button to “Hide” your posts from THEIR news feed. If everyone of your fans (and your employees who you asked to “fan” you don’t count) “hides” you, your SMM efforts become worthless. I’m not going to dwell too long on this but the key is that you want to keep your messages infrequent, relevant and engaging. If you don’t, you become spam. What kinds of things do YOU like to see on your Facebook wall?

Well, there are plenty of ways and I could go on for a long time but, today, I will share only one of them.

Let me ask you a question. If your friend tells you that a restaurant sucks, are you more or less likely to go to that restaurant? What about a movie?

You trust your friends, right? They know you. You know them. We’ve all heard the old expression that more people will share about negative experiences then positive ones, thus the creation of reputation management. You want to make sure that what’s being said about you online is what you want being said. Do you know what people are saying about you on the internet? That’s a huge topic so I’m not going to expand on it but let’s cut to the chase and assume that you want more positive things being said then negative. You can TRY to control the negative by offering great customer service but it won’t always work. There are always people who you can’t please and, apparently, websites who “alledgedly” extort businesses in exchange for the removal of bad reviews.

So, how do you accomplish the goal of getting more positive reviews then negative?

We all know the power of “testimonials”. Most dealerships have a place on their showroom wall for letters from happy customers. Some have these on their websites. Some take video and post them to sites like YouTube. Some salespeople do this for themselves. These are all great things. Imagine being able to increase the amount of these testimonials exponentially.

How do I do that?

Why not incentivize your customers for engaging in this behavior? Let them become the raving fans and evangelists of your business. Put a monetary value on their participation and then let them do the work for you. Make them tag you on Twitter. Retweet your tweets. Fan you on Facebook. Share your posts on Facebook with their friends. Give them “points” (or something like that) in which they can earn for participating in this activity. Let them become your marketing department (or an extension of it). However, don’t become spam. Make sure the content that you are asking them to share is meaningful and something they would “want” to share. Free oil changes to the first 10 people that reply? Free car wash with a printed Facebook post? etc. Customers dig freebies and coupons. Make sure you are posting relevant content within your SMM.

OK, now I’ll stop my “preaching” for now and get to the subtitle all you industry folks (or at least the ones who know who Ralph Paglia is) have been waiting for.

In my research, I came across a cigar company who has, as their home page, a Google Earth map overlaid by a real-time Twitter feed that shows all tweets with the word “cigar” in them to their visitors. The company is named EP Carillo and they obviously decided that SMM is worthwhile. Check out their website here. Anyways, I thought that was pretty cool and started thinking about possible applications of this in an SMM campaign. Specifically, I was wondering if you could narrow that map down to say a city, or county. Then, a Ford dealer (as an example) could have a “localized” Google Earth map showing real-time tweets containing the keyword “Ford”. It just interested me so I started researching further.

I found that  the before-mentioned cigar company did it using an app called “Twittervision“. (As of this writing, their website appears to be down). In my further research, I discovered a techie site talking about Twittervision. On their article, they had an animated GIF showing an example of this.

Keep in mind, this is a techie website with no connection to the automotive industry at all. This GIF is about 35 seconds long. I’m imagining that the writers of that website just took a random clip of the app at some random point in time for the sole purpose of illustrating the application. Remember, the application shows real-time tweets overlaid onto a Google Map. (I couldn’t figure out if there were any keywords used within their example)

So, imagine my surprise when about 32 seconds into this 35 second GIF, a tweet from Ralph Paglia showed up abou
t his Automotive Digital Marketing website. I swear I thought I was seeing things. Here’s the GIF, enjoy!

and here’s the website (and article) it came from.. Technospot.

Ralph Paglia is everywhere and I’m sure that’s on purpose.

If this isn’t proof that social media is relevant. I don’t know what
is.

I found this article in “The Week” magazine (July 17, 2009) reprinted from The Washington Post and thought I’d share.

“Why, in this day and age, should I have to haggle with ‘grinning salesmen’ when it’s time to buy a car? asked Charles Lane. The short answer is that car dealers are protected by state laws that give them exclusive sales territories and bar online competitors. Such laws might have made sense once upon a time, when dealers needed an incentive to invest in showrooms and inventory. But this ‘old business model has been obsolete for decades,’ and is completely anachronistic in the age of the Internet. Were it not for those laws, I could browse a manufacturer’s website, choose my model and equip it the way I like it, and then take delivery a few days later. The bankruptcy filings by Chrysler and General Motors offer a chance to move to this more efficient, lower-cost distribution model and break the stranglehold of the dealers. But powerful congressional Democrats are backing a federal bill that would preserve the dealers’ unfair advantages. If they prevail, the dealers will once again be ‘exercising political clout at the expense of the car-buying public.'”

It’s interesting that, at the very least, this person has this viewpoint. I submit that car dealers provide a valuable service to the car-buying public. Without car dealers, where would one test drive cars? Where would one go for factory service or warranty repairs? How would you trade-in a car? Who would help with financing?

This person’s viewpoint seems like a two-headed snake to me. While this columnist can whine about the injustices forced upon him by car dealerships, he would whine just as loud when he had a problem with this car (that he bought online sans dealer) but nobody to listen to him or help him with it.

In our industry, it’s the trend that we are making it easier and easier for people to not only communicate with us in whatever means they feel comfortable – in person, email, phone, chat, etc – but we make it as easy as possible for them to buy a car from us.

At the very least, I’d be willing to bet that the dealer that could show THIS consumer that he COULD buy a car this way FROM THEM would probably get at least one more sale and a customer for life.

As more people get enlightened to the internet car buying experience, it will be increasingly important for car dealerships to adapt to maximize their opportunities with EVERY consumer.

The most successful dealers will be the ones who cater to all shopping consumers – not just the ones walking in the front door….right now. 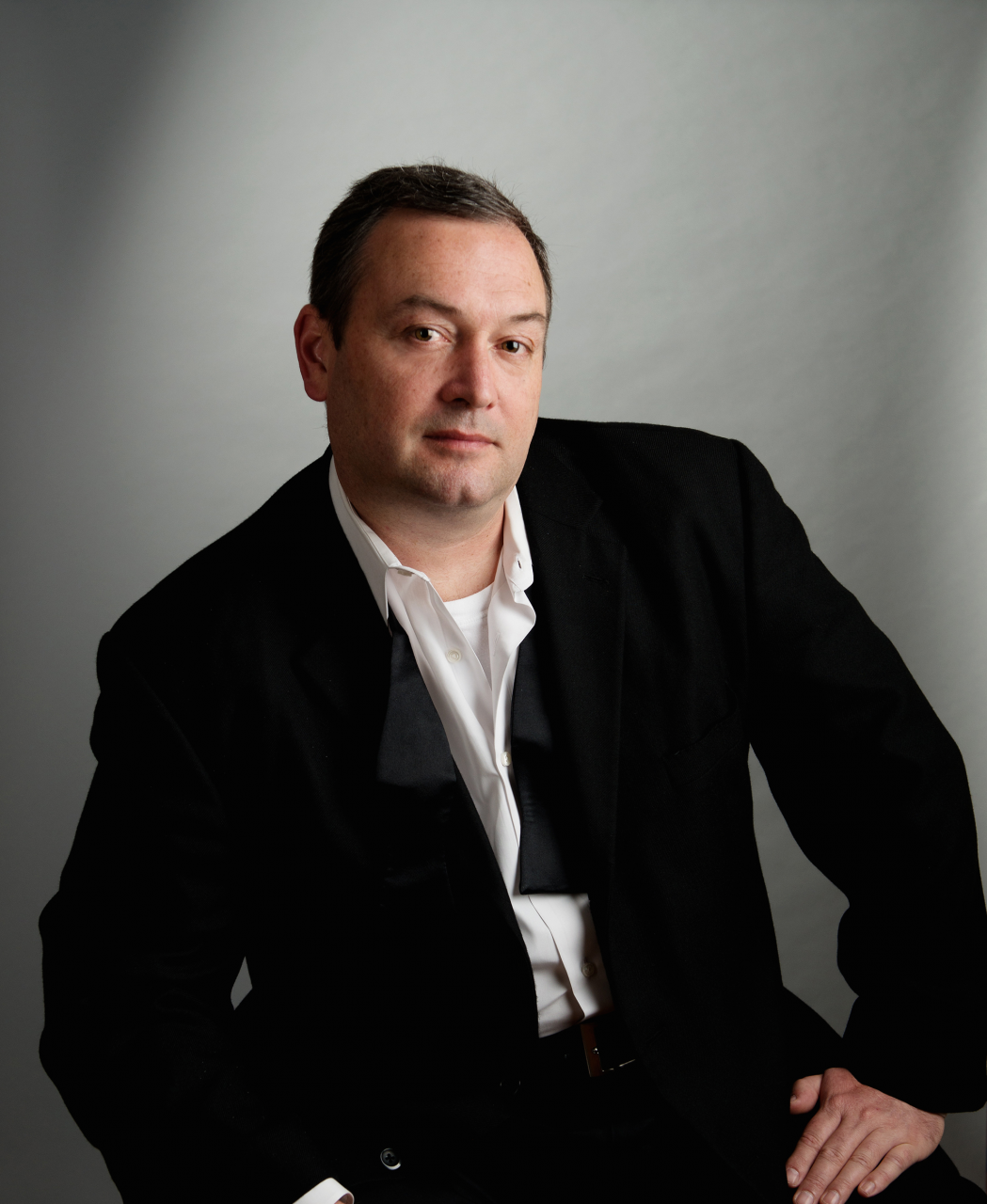 Arnold Tijerina has over 14 years experience in the auto industry, 7 of which were in retail before transitioning to positions which allowed him to share his knowledge and expertise in sales, digital marketing and social media with dealers. His retail experience encompasses most dealership sales and management positions with the majority of it as an Internet Director for two large auto groups in Southern California. He is an active and respected member of the online automotive community and is known for his expertise in digital marketing and social media.