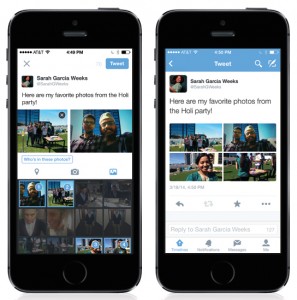 Twitter recently announced the rollout of two new features: multiple tags of people in a photo and multiple photos per tweet. These two new features will allow Twitter users to tag up to 10 people in a photo in a single tweet without affecting the 140-character limit. This is extremely valuable to twitter users, including dealerships, as there are many times that tagging multiple Twitter users with simple @ mentions takes up a considerable amount of characters within a tweet. The ability to tag people in tweets will allow you to have the opportunity to alert up to 10 people while still maintaining a legible tweet.

The new multiple photo feature gives users the ability to include up to four photos in a single tweet which is then automatically turned into a collage. This will allow dealers to better showcase vehicles utilizing the Twitter social platform. Dealers who strategically use Twitter to target in-market car shoppers will be better able to display their vehicles to potential buyers using the Twitter platform. It’s long been considered best practice to use multiple pictures to market inventory. However, if you are in conversation with a car buyer in your market on Twitter, up till now you could only tweet a single photo so your only alternative was to either stick with one photo or send multiple tweets.

Twitter users should welcome these new features, as it will allow for the inclusion of more people in a Twitter conversation without detracting from the core message. One must simply ensure that a photo is included in any conversation that a user wishes to have with multiple people.

If your dealership hasn’t been using Twitter as a prospecting tool, you should really consider learning how this easy and quick method of interacting with people in your area can lead to more sales. 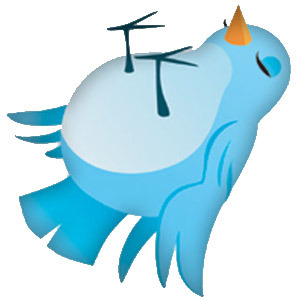 We have all known for a long time that dealerships must be careful about the quantity of posts they publish on their Facebook pages. Inundating a Facebook user’s News Feed with content – even quality content – can easily get you hidden. Facebook users primarily want to use the social network to find out what’s going on with their networks, not your dealership (or business). Getting “hidden” on Facebook is like the kiss of death for any Facebook page. The problem with being hidden is that the Facebook user technically still “likes” your page but they will never see any of your content without directly navigating to your page after hiding you. In addition, as the admin for a Facebook page, you’ll never know who has hidden you or who has not. With Facebook reach continuing to decrease, it’s imperative that you try to avoid being hidden. This has always been true but is getting increasingly important.

According to a report by TechCrunch, Twitter is introducing a “mute” feature which they are going to start rolling out immediately to all users. This feature will allow a Twitter user to basically “hide” any users tweets without having to unfollow them. In the past, unfollowing someone “could” put a user in a precarious position when choosing how to deal with that co-worker or peer who incessantly tweets and/or clogs up your Twitter stream.

A Twitter user essentially had only a few choices when deciding how to deal with this:

Depending on who the Twitter account spamming your news feed is, unfollowing them may bring up uncomfortable and/or awkward conversations in the future. Going with the second option took a little more Twitter knowledge and/or effort than many users have. So, until now, many people just put up with it.

Twitter users and marketers would be wise to examine their Twitter content posting strategy for both quality and quantity to ensure that they are providing useful information and interaction with their followers. If you’re simply pushing content via automated streams, posting links to your inventory pages and/or “for sale” messages, continuously soliciting your product or service or posting large quantities of syndicated content, you are in danger of being “muted”. I believe that once this feature is completely rolled out and the Twitter-verse learns how to use this feature (which is not difficult) that they will eagerly (and with great satisfaction) quickly “mute” those accounts that have been annoying them. And, just like Facebook, you’ll never know who has muted you.

My advice: Make sure that you append every content share with some sort of comment or indicator that shows other users that it was NOT an automated tweet. Make sure to use tools like Buffer or third-party software in which you can schedule content like Hootsuite to ensure that your content is spread out and not all clumped together and/or posted all at once. Make sure to also include original and relevant content as well. People followed you for a reason, make sure you know what your audience wants to hear and deliver.

Twitter now has a kiss of death. Do your best to make sure that your customers don’t choose to use it.