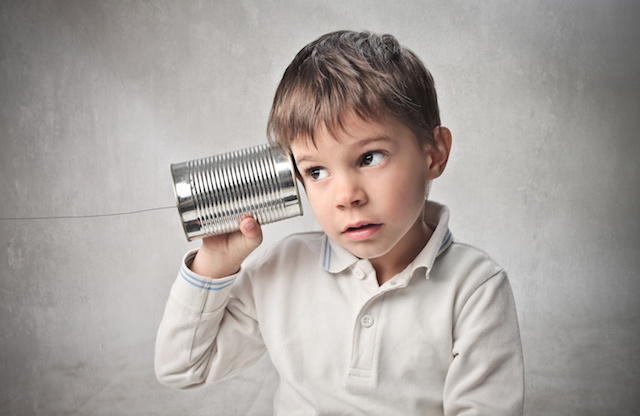 Most of us are familiar with the telephone game. For those that haven’t played, the game is very simple. A group of people stands in a line. A simple sentence, starting with the first person, is whispered into the next person’s ear one by one until the message reaches the end of the line. Typically, the sentence that is revealed by the person at the end of the line is significantly different than the one that was started with.

Just as in the game, this phenomenon of simple miscommunication exists in the workplace. Once you realize just how easily spoken communications can be changed inadvertently, the importance of effectively communicating is reinforced. Car dealerships are particularly prone to this given the complexity of many of the activities occurring. If a salesperson misunderstands the sales manager when working a deal with a customer, it can alter the rapport and general experience for that customer significantly. When a service advisor communicates with a customer ineffectively, the same thing can happen.

The obvious solution is accurate and detailed documentation in every customer and internal transaction. That being said, there are simply too many things happening and sound bites of information being exchanged that recording everything would be laborious and inefficient.

The solution lies in ensuring that you have processes and technology in place that record and track everything related to a customer’s transaction with your dealership in the most time-efficient manner possible. In addition, you should take the time to train your staff some basic effective communication skills. Simply understanding these basic concepts will help avoid misunderstandings.

By understanding these two fundamental concepts, you’ll be able to increase the effectiveness of communication between all employees and reduce the probability that miscommunications occur. By doing this, you’ll create a powerful environment that will allow you to operate more efficiently which will translate into a more efficient workplace, better customer experiences and increased revenue.

In my career I’ve probably been to 30+ conferences and events. I’m working on helping to organize my 19th event currently so to say that I have a little experience with conferences & events – having attended as a dealership manager, a vendor and even working for the conferences – would be a fair statement. All of them have their unique personalities and attractions. No matter our profession, none of us should cease to want to learn how to do things better. The second a person thinks they don’t need to learn is also the second in which they need to learn the most.

Tracy Myers and Troy Spring had a vision. This vision originated from a mastermind group that Tracy attended which revolved around real estate. Tracy’s a smart guy. He’s also pretty busy. As a dealer principal, consultant, author and filmmaker, he doesn’t have a lot of time on his hands for extra activity. That being said, he saw promise in the format of the mastermind group and thought that it would offer value to the automotive industry. So he and Troy made it happen.

Lots of people have great ideas but it’s (sadly) not as often that those ideas come to fruition. It takes a lot of work and many people aren’t willing to put forth the effort to make their visions into reality.

I’ve known Tracy awhile now. I can honestly say that what you see is what you get. He’s a genuinely good person. Sure, he’s image conscious. He’ll run from you if you try to take a photo of him wearing jeans, in the end however, it’s only because he always wants to represent himself in the best light possible. It’s not any different than women who won’t go outside with makeup on. Tracy’s makeup just happens to include suits and an Uncle Sam (or Frank Myers, I should say) hat. I get it. I have interacted with him socially and on a personal level and he’s just a good guy: plain and simple. He works hard and makes his dreams come true, whatever it takes.

That’s where the Unfair Advantage Automotive Mastermind Group comes in. Tracy and Troy saw the value in the format and made it happen. I’m sure there was risk involved. Events aren’t cheap. Despite that, they pushed forward and overcame all obstacles to create a unique group that brings value to its members year round. I would argue that some of the greatest value I’ve seen is not at the events but in the resources, interactions and expertise offered to the group’s dealer members every single day. Dealer members gain unprecedented year-round access to industry experts who are at their beck and call for free. The events themselves are the icing on the cake.

Members are vetted and decisions are made based on desire, commitment and willingness to contribute. Contributions aren’t monetary; they are based on things like character, integrity and passion. While I’m not positive of this, I truly believe that one of the things that goes through Tracy and Troy’s mind when deciding whether to accept a member is this…

Do I want this person to be a part of my family?

That may sound odd but it’s really not. I don’t know everyone’s motivations for wanting to be a part of the Unfair Advantage Automotive Mastermind Group. What I do know is that the people that become a part of it join a family. I feel it and I believe that members do as well. The atmosphere and camaraderie is contagious for both dealer and vendor members. Members stop being members and start being friends. The ones that don’t “get it” stop participating. Relationships are formed that transcend the Unfair Advantage Automotive Mastermind Group itself. Tracy and Troy may be the guides but they lead at the group’s direction. I believe in my heart that the members of this group would continue to assist and care about each other regardless of the lifespan of the group. In fact, I don’t know that Tracy or Troy could kill it if he wanted to (not that I think they’d want to).

Tracy and Troy have created a community of people who are caring, generous, and passionate and also have a desire to help each other succeed. In the ultra-competitive industry that we are in, that’s a steep mountain to climb.

And they brought their family with them.

In the spirit of the September 2014 meeting theme of “Masterminds Go Back to the Future”, I’ll leave you with this:

“Family is not an important thing. It is everything.” – Michael J. Fox