Social media is, by nature, a digital conversation. When you share something – whether it’s a status update, a quote, an article or a video – it’s meant for others to see and engage with.

If your friends or fans on Facebook have hidden you, its because you’re doing something wrong. Maybe you’re posting too much. Maybe the content you are posting is irrelevant or uninteresting to your audience. Maybe you’re content is offensive.

There are many reasons why people choose to “hide” a person rather than simply unfriend them. I would say the main one is that they don’t want to hurt your feelings (in the case of a person) or, perhaps, offend someone at a business by not showing support by “liking” their business.

Facebook doesn’t tell you who has hidden you so you really don’t know if what you’re posting is being seen by others or not unless they engage with your content in some way. Having low engagement on Facebook doesn’t necessarily mean nobody is seeing your posts. It may just mean that nobody cares or is interested in your content. (Caveat: If you have a PAGE, you can see how many times your content appeared in your fans newsfeeds. A very good reason for businesses to have pages versus profiles.)

On the opposite end of the spectrum, a Facebook user who never engages with their network is sending them the same message – I don’t care.

If you go to a party, and everyone ignores you but you continue to talk, you are just talking to yourself.

Not everyone is at the same party. Most Facebook users are at a party that has, on average, 150 people in attendance. Others are at a party of thousands. The “host” (Facebook) tries to determine which people have the best chance at interaction  and attempts to encourage conversation (newsfeed filtering) but its not perfect. You can’t talk to everyone at the party regardless of whether the party you are at has 150 or 5,000 people in attendance.

You don’t go to a party, run around the room and only share quotes nor do you go up to each person and tell them you’re having a sale this weekend or that they should buy whatever you’re selling.

If you do, you’ll end up talking to yourself. 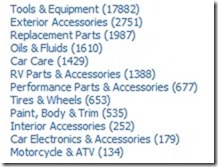 Social media is all about engagement. The option to “friend” someone or “like” a business’ page exists to enhance the user’s experience and present to them only what they have chosen to see and engage with. If you choose not to engage with someone, you simply don’t accept their friend request. YOU choose which business’ Facebook page you are interested in having information delivered to you.

Imagine if Facebook were completely open. “Friends” didn’t exist. You saw every status update from every person on Facebook and every business. Facebook would cease to exist except maybe as a search engine. There would be too much noise. Facebook even recognizes this by filtering status updates for you and providing you with the option to create lists of people so that you can not only tailor who sees any particular piece of content but so you can easily filter out status updates and content into subgroups of your friends.

Then came Facebook groups. Initially, I thought this was a splendid idea. The ability to create an open or private group of individuals who share like interests and who can interact with each other without having to “friend” any group member. It offered a convenient way of sharing via a group Facebook e-mail address and, at the time, it was one of the only noise-reduction alternatives on Facebook.

Facebook groups has now become a convenient way to spam people in your social network against their permission. The ability to add people to groups without their consent has become not only a nuisance but, I believe, has actually decreased the value and allure of groups. I cringe whenever people add me to a Facebook group because 1) it irritates me that people can be presumptuous enough to choose what I’m interested in seeing and 2) because Facebook in their infinite wisdom chose to make the default notifications via e-mail on.

I belong to several Facebook groups. The groups I belong to are through my choice and consist of people and content I am interested in. I can’t belong to every group in existence, nor do I want to. Imagine if businesses could choose whether you liked their page or not. There would be many businesses who would just add everyone on Facebook and leave it up to each person to unlike it.

To compound matters, there are some people who will not only add me to a group, but after I LEAVE the group, will RE-ADD me.

It’s presumptuous and arrogant to take it upon yourself to decide for others where their interests lie. By doing this, you make yourself no different than the person who decided everyone you know could benefit from Viagra.

… and there’s a word for people who do that: spammer.

First, it’s been way too long since I’ve blogged. For those who care, I apologize. I’ve been very busy in my new role with a great company, 3 Birds Marketing, and I’m very grateful that they invited me to join their team.

We all know that reputation management is mandatory in today’s digital world. Consumers have increasingly more information at their fingertips and there are more choices than ever out there. With auto brands barraging consumers with marketing, consumers are continuously relying on reviews to help make buying decisions. Studies show that consumers have more confidence in reviews left by other consumers than any other type. Everyone knows the importance of building and maintaining a solid, balanced reputation across all the review sites.

When can reviews actually stop the buying process?

I’m NOT talking about someone choosing WHO to buy from necessarily. Part of the problem is that consumers are so overwhelmed by reviews about your PRODUCT that not only is it essential to maintain a great reputation as a DEALER but to also pay attention to reviews about your brand and models.

Here’s an illustration I found that details pretty accurately what can happen:

Has this ever been you?

How do you prevent consumers from progressing past panel #1 in that comic?

Imagine this scenario… A customer comes into your dealership. They find a car they like. They go online on their phone to see if they want to do business with YOU. While reading your dealership’s reviews, they also come across product reviews from consumers saying positive things not only about YOU but also about the car they are trying to decide upon. After deciding they are comfortable with you, it’s possible that a consumer wouldn’t then feel the need to progress to product reviews on other sites and it could help avoid the progression illustrated in the comic.

In addition to not only building a solid reputation online across ALL review sites (not just focusing on a single site or two), why not also encourage your customers to say great things about your BRANDS and models?

There’s no reason why you can’t ask your customers to write a review about the car they purchase from you. Not only does this add to your reputation but it provides relevant and fresh content that could assist your dealership in not only appearing in name searches on Google but also brand and product searches.

There’s no reason why you can’t leverage consumer product and brand reviews on all of your review sites that can assist your dealership in gaining exposure that your competitor wouldn’t have.

If a consumer is trying to make a decision NOT on whether to do business with YOU but on whether to purchase your PRODUCT, a good mix of both types of reviews can certainly help prevent consumers from progressing to indecisiveness.