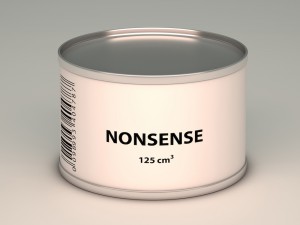 With all of the recent epiphanies that thought leaders in ours and other industries that businesses should be spending time and effort cultivating relationships, spending money and basically treating customers right, I thought it time to re-visit this whole “customer loyalty” phenomenon. Customers don’t really care about car dealers, do they? I mean, dealers are ranked below Congress in surveys about trustworthiness. They don’t like coming to dealerships for ANY reason much less to buy a car. In fact, companies are popping up out of the woodwork with the sole benefit of making it possible for people to buy cars WITHOUT going to dealerships.

We know through many articles and trends that customer loyalty is dead. The Gen Y and Millennial generations could care less who they do business with. Sure, they’ll show up for that $19.95 oil change special but is it because they’re loyal? No! It’s because it’s a deal. And believe me when I say that they will eagerly go to another dealership the next time they need their vehicle serviced that offers a coupon or special when you don’t have one at that time.

People need to buy – and service – cars and regardless of whether you’re a franchised, independent or buy here, pay here lot, dealers are all they have. It’s way too much work for consumers to obtain financing, process paperwork and facilitate a private party sales transaction. In addition, most of these are “as-is” transactions so they’re essentially throwing the dice hoping they aren’t getting a lemon.

As for service, there’s a Jiffy Lube or other independent auto service center promising convenient, fast and friendly oil changes upon demand. Sure, maybe they’re using generic parts that might not fit perfectly but are serviceable. Who cares? They’re cheaper, right? Who needs certified technicians, nice waiting areas or free coffee? They’d rather go buy a $12 Triple, Venti, Half Sweet, Non-Fat, Caramel Macchiato than drink the Keurig produced coffee dealers provide for them.

As a business, dealerships have been wildly successful acquiring new customers for the past decades. It’s easy. Sure, maybe it’s gotten more expensive over the years but what’s $640 per customer when dealers can high gross them on the huge profit margins manufacturers give them to work with.

And rewards? Really? Dealers are seriously expected – yes, expected – to give away free stuff to customers who happen to give them money? Get serious.

The bottom line is that dealers sell and service cars. Dealers have this industry so tightly wrapped up and in control that even Elon Musk with all his money, influence and consumer backing can’t even manage to convince many states to let him sell his cars direct to consumers. The new companies promising excellent customer experiences and complete online transactions account for such a small percentage of sales that they’re inconsequential. Consumers HAVE to buy their cars from a dealership and they certainly have a monopoly on warranty and recall work, too.

Wait a minute. Who needs loyal customers? Dealers do.

Large companies seem to be adopting the mentality that an excellent customer buying experience will lead Millenials and other car shoppers to rethink the old stereotypical process of buying vehicles. In the past, customers had retail experiences filled with Sharpies, high-pressure sales tactics, long waits and upsells in finance which ended up filling entire days in many cases and left consumers with bad impressions of the buying process. As the Internet evolved and offered consumers with alternatives, transparency in information and ways to circumnavigate as much of that process as possible, dealers found themselves altering their strategies.

A wide spectrum still existed amongst dealers in exactly how far they were willing to take the process with some willing to be completely transparent & provide information online to those who only pretended to be helpful but truly only offered invitations to the dealership disguised as transparency. Some large dealer groups are trying to transition as much of the buying process online as possible now (a la MakeMyDeal etc.). Of course, the largest complaints I hear from dealers is the whole “race to the bottom” involved when encountering cross-shoppers. It’s always another $100 that it would take to make the deal on vehicles already being quoted into holdback.

What if, however, instead of transitioning the process online to make it more efficient for consumers, you transform the in-store process instead? Both would achieve the same goal of offering a pleasant and efficient buying experience without the involvement of Sharpies and countless trips to “talk to the manager.”

A solution may already be available.

I had the pleasure of sitting with Jason Barrie of DealerTrack who showed me some incredible innovative technology – some of which is available now and some which is coming soon – that would essentially transform the buying experience into one of consumer choice and efficiency. This tablet based sales process completely and seamlessly integrates everything from the initial pencil – leases and purchases – with multiple options for a consumer to choose the one that best fits their financial budget. Yes, I understand that this is very close to e-pencil products that have been around for quite awhile. What makes this unique is that it eliminates the back-and-forth that most consumers hate and transforms the buying process from adversarial to one that is consultative. All of the options are configured by the sales managers prior (in the sense of how much leeway – if any – they allow the salespeople to have in the process) so there is no loss of control and/or fear of a salesperson ditching gross to win a sale taking the easy path.

Since the customer’s information is already in the system, soft pulls on credit are performed and, once a deal structure is chosen, they are automatically submitted for approvals by the dealer’s lenders.

The process continues into F&I as all of that information is immediately available to the F&I manager via tablet and aftermarket products, including explanations and videos of the features & benefits of each, are available via a menu based system. Customers can pick and choose the products they are interested in which instantly shows them how additions/subtractions of those products affect their payments.

Once the consumer has solidified his or her choices, the contracts are immediately produced WITHIN THE TABLET for the consumer to sign without the phone book of paperwork necessary currently. Of course, compliance requirements still allow dealers to have physical copies for records but it creates a more pleasant and interactive experience on the consumer facing side. After all is said end done, deals are then submitted for e-funding through the chosen lender.

There’s no doubt that individually many of these products exist. What impresses me most is the seamless experience this complete integration brings to the in-store buying process and it’s potential to create a customer experience that is enjoyable and pleasant. Ultimately, whether we are talking about shifting car sales (and processes) completely online or transforming the in-store experience, it all boils down to one thing – consumers want a more efficient, faster and enjoyable buying experience.

Rather than shift focus to an online buying process, why not make it easy and pleasant for consumers to buy from you in whatever manner they want – online or in-store.

I’m writing this from the 2015 NADA Convention and felt compelled to urge dealers to go check this out at the DealerTrack booth #2219S – You don’t have to join the race to the bottom to create a better customer experience. You just need the right tools and this, my friends, is an excellent tool to implement.

[Note: In no way was I paid or otherwise compensated for this opinion nor was the article written at anyone’s request.]

As an avid social media user and an automotive industry professional, there is something that’s been bugging me.

I see people on social media bragging about that “12-pounder” they just closed (for those not in the industry, a ‘”pound” is equal to $1,000). To me, this really screams “unprofessional” and I also see it as detrimental to the reputation of the person posting it, the dealership represented by that person as well as further contributing to the stereotype car dealers have been struggling to change. 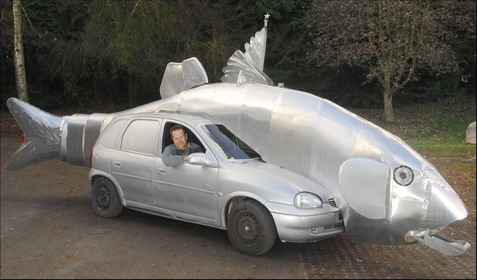 What I have an issue with is people who brag about the insane and, some would say, inappropriate amount of profit they managed to negotiate out of a customer. You made a big sale, good for you. Don’t go and brag about it on Facebook. Don’t tweet about it.

Social networks are designed to interact with people. You never know who is listening. Do you really believe that the person in your social network that sees you bragging about these huge deals wants to buy a car from you?

I’m not talking about some high-priced or hard-to-get car. I’m talking about the Honda salesperson (as an example) who is bragging about making $12,000 profit from a single sale. Really? Great, you made money but to many consumers (including your friends and family) what you did was reinforce for them that they shouldn’t buy a car from you or your dealership.

I know many dealerships who have internal policies on how much profit a finance department is allowed to make by limiting rate markup and pricing on back-end products and I believe that is a wise (and honorable) practice. Front-end profit is restricted, for the most part, by the banks. In most cases, they’re not going to let the customer finance $20,000 over sticker regardless of whether they agree to or not.

I personally think that, while the “big fish” you catch may offer immediate gratification, they will hurt you in the long run. Do you really believe that the customer you just buried isn’t going to figure that out eventually? Do you think that person is going to tell their friends and family that they should buy a car from you?

Then to actually go on social networks and brag about it? That’s just insane. You might as well brag about how much money you scored when you mugged the old people in the alley because, excluding other like-minded auto people, that’s what you just did.

How would you feel if you signed a contract with a vendor for services and discovered a month or two later that you were paying three times the rate that other people were? What if that vendor then went on Facebook and bragged about it? My guess is that you wouldn’t be happy with them or their company.

Look, this is only my personal opinion. You don’t have to agree with me and you’re entitled to sell your vehicles for as much (or as little) as you choose to. That being said, I do think that it is important to give ALL your customers a fair deal and, should you choose to make a huge profit from a single customer, you shouldn’t brag about it on social networks.

If you feel different, please comment and let me know why.