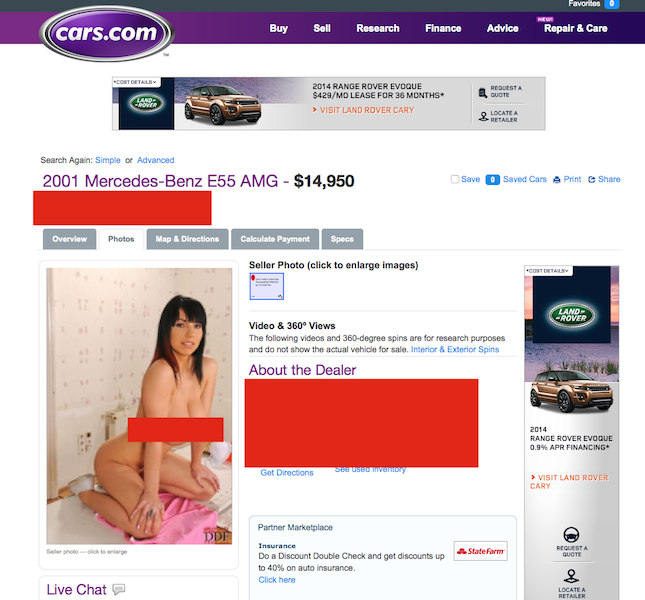 As you probably heard, Facebook has integrated hashtags into their system. This provides another way in which your dealership has to get exposure for their Page. The old rules still apply, though. If you have crappy content, it’s not going to help. However, if you’re posting good content, not only is it another way to get exposure but you might even pick up some new “likes”. Yeah, they’re not necessarily going to be people in your geographic area.. they could be from anywhere in the world. However, my guess is that Facebook users are more likely to click on an easily-clickable hashtag “just because” than to do a full on Facebook search for a brand name.

Obviously, it’s a brand new feature so who knows if people will use it or not. My guess is they will in the same way they do on Twitter, Instagram, etc.

My advice: start adding hashtags to your Facebook posts. Use hashtags that people would search for. Don’t worry about hash tagging your dealership’s name.. people will search for that if they want to see YOUR posts specifically. Hashtag your brands and model names (that are in the content posted, of course). Think about what people would be interested in and, if applicable, use those hashtags. Think minimal and relevant in your use of hashtags. Save the “reactionary” and “opinion” oriented hashtags for Twitter (ie. #justsaying or #noms or #FML) unless you’re going to try and hijack a hashtag a la Jello.

Hashtags (for me, at least) went live today. I decided to search #Ford and these are a few examples of what I saw. None of these are Pages that I “like” with my account. Keep these examples (of which there are MANY) in mind the next time you’re posting content to Facebook. Do you want your Page’s content in the mix? 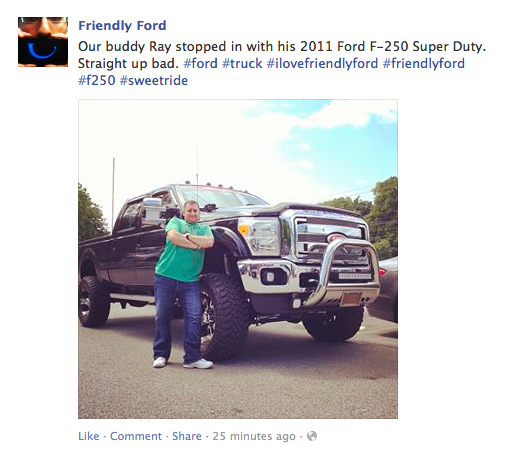 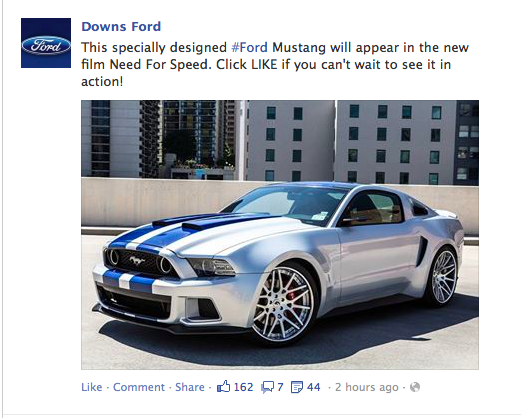 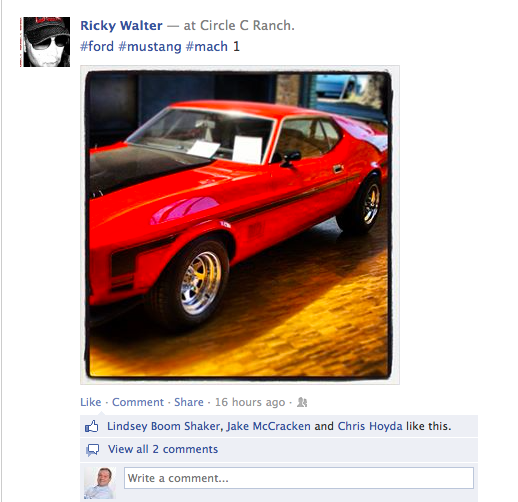 My goal for yesterday was to make the rounds in the exhibit hall. I started at one end with Robbie Campbell, Manager at Subaru of Puyallup (Harnish Auto Family) and Dan Moore of Smart Web Concepts. Took us 4 hours (yes, it’s that big!) to go down every aisle to do a complete walk-through of the exhibit hall.

I took a lot of pictures but, unfortunately, they are in my bag in Robbie’s room since I didn’t want to lug it around all night BUT, I promise to post them soon.

Caught up with a lot of friends – both in-real-life and virtual – and networked. Swag was awesome. VAuto had the best Id seen so far with this old school phone handset that plugs into your mobile phone. It’s so pimp. A lot of sweet rides. Some of the vendor booths were crazy! You’ll see. Be ready.

After the show, Rob and I headed to the Mandalay Bay for UFC 143 (which was awesome) and then to the eBay Motors party at the LAX nightclub at the Luxor.

Easily the best party of NADA. Seemed like everyone was there, including Vanilla Ice… YES! Ice Ice Baby was in the house and did a set! That’s some ghetto fun stuff right there!

Now that the party is jumping
With the bass kicked in, the Vegas are pumpin’
Quick to the point, to the point no faking
I’m cooking MC’s like a pound of bacon

Afterwards, they had pretty much the whole upstairs VIP section with bottle service.  We weren’t worried about the 300 people in line outside trying to get into the club. eBay WAS the Honey Badger last night!

Now to start day 3. More friends, fun and networking as today is the big game! Seems like there are 57 Super Bowl parties.

People like comfort and fear change. In today’s economy, people are afraid to take risks whether in business or in their personal lives. In our industry, change is continuous yet nobody wants to do it.
A new sales manager comes in and forgets the fact that his predecessor was probably terminated because he/she did not perform yet they are afraid to do something new to change that cycle. The definition of insanity is doing the same thing over and over and expecting different results.
Since dealership turnover of sales personnel is considered a normal part of the retail sales department in a dealership, new managers feel that the solution is changing personnel. Why? Because that is a change that conforms to expectations.
Whether the change involves processes or vendors, I guarantee that success doesn’t come without risk. If you, whether in your personal or professional life, are unwilling to take risks to achieve different results, you will fail just as the person before you did.
Our country was built on change. Most successful people in business made a change, whether that was by doing things differently or thinking outside the box.
If you’re not achieving the results you need and/or are being demanded of you, the worst thing you could do is maintain the status quo.
Be open to change. Embrace it. Think outside the box.
If you don’t know what to do, learn. If something isn’t working for you, change.
If you live in fear, you will never achieve success. Whether that is increasing sales, employee morale, or getting better results from vendors.
Do what you want to be doing, not what you are being forced to do because you are living in fear.
Carpe Diem.